I've been asked what the process has been to get Gilded Lies from my head to the market. Well, get ready (or drunk), because I'm going to tell you a story (but not one as entertaining as the book).

Gilded Lies wasn't a single idea—at least not for a long time. I was playing with several distinct stories that were all missing either adventure, romance, or even anything resembling a plot. Then one day on a long quiet drive it occurred to me to mash two of the ideas together. And so started the seeds of Gilded Lies and the Frequency Series set inside the Frequency Universe (which I named mostly because I'm a child and laughed that it became FU for short).

That was in March of 2018. I spent the next few months roughly plotting the overarching series, knowing that things would undoubtedly change, but I needed to know the ending of book four (the end of the series) as much as possible. With a semi-permanent idea in mind, I focused on reading craft books to help me develop the skills I knew would be necessary to tell this story.

Up until the end of October 2018 I plotted my ass off. I worked and reworked the character arcs and overall cast, I determined which points of view to follow in each book, and I obsessively studied plot structure. After that came NaNoWriMo—also known as National Novel Writing Month. I joined thousands of writers as they undertook the challenge of writing 50k words in a month. This is a huge feat that many writers struggle with. Most of my author friends were juggling full time jobs, kids, and even illness to reach their goals.

That 50k (which became 75K by the draft's end) was a load of shit. Like, really stinky shit that makes you wonder if the colon responsible for it is diseased. But that aside, the first draft existed, and that was enough.

Without editing the draft, I sent it to an editor who wrote back a umpteen-page tome of EVERYTHING WRONG. So I went back to the drawing board, redesigned the main character (John) and his relationship, then rewrote the whole thing. I've since learned that this is just part of my process. You might have heard the saying that the first draft is the writer discovering the story, and for me that's partially true. I might have plotted and had scenes in mind, but the connective tissue was uncharted territory.

After my rewrite (and an additional 20k added to the already 75k draft), I sent it off to a contest, rewrote the first three chapters (again), and then sent it to a completely different editor in October of 2019.

Jen, The Brilliant, had insight on how to work in more of the world building and soften my main point of view character, John, up (don't get me wrong, he's still an ass, but character arcs, people!), as well as some ideas on adding more point of view chapters from the most interesting characters. After those edits, it was six more weeks of editing and alpha readers (who are willing to read those drafts that should never see the light of day) then off to the beta readers—who still hated John. Damnit John, get your shit together! Well, then COVID messed up my timeline a bit, but I had to push forward. (BTW, I love John, but he starts out as a terrible boyfriend to the compassionate and patient—not to mention a little angsty—Emerson, but they find their way with honesty and compromise. Suck it patriarchy!)

Ahem. Where was I? Right, beta readers. They were indispensable, as was my Ponies writing group (so named because the group of nine women I met through conferences contains a literal human Pinkie Pie). These ladies kept me going better than coffee and tea combined.

Finally in March 2020 (April? Time stopped having meaning in quarantine) I contracted an artist for my cover. Robert Ball's other book covers had an expressive, highly saturated, comic book style that I craved—especially since I compare Gilded Lies to X-men (but gay).  He went above and beyond, delivering my final cover in June.

From there it became a storm of formatting, correcting typos, establishing the preorder details, and managing site after site of author information. (I counted just now and it's currently 19 sites I'm involved in as an author. That's a lot of passwords to memorize btw.) Did I mention newsletter updates and regular social media posts? Honestly it's no wonder my brain fried and burn out became imminent.

In August I upped my self-care and caffeine intake, and then started in on the excitement of officially launching Gilded Lies. Hell, this post is part of that process! I wish I could have the celebration party I envisioned (masquerade ball of course—definitely a different kind of mask compared to today), but I'm still thankful that I'm FINALLY going to share my work with the world.

All in all about two and a half years has been dedicated to this book. The market right now is focused on the common strategy of publishing as many books as fast as possible, but that's not me. I need my stories to be rich, carefully crafted, and of the upmost quality that I can achieve.

And as my friend tells me, "You can't half-ass anything. You're a full-assed queen." 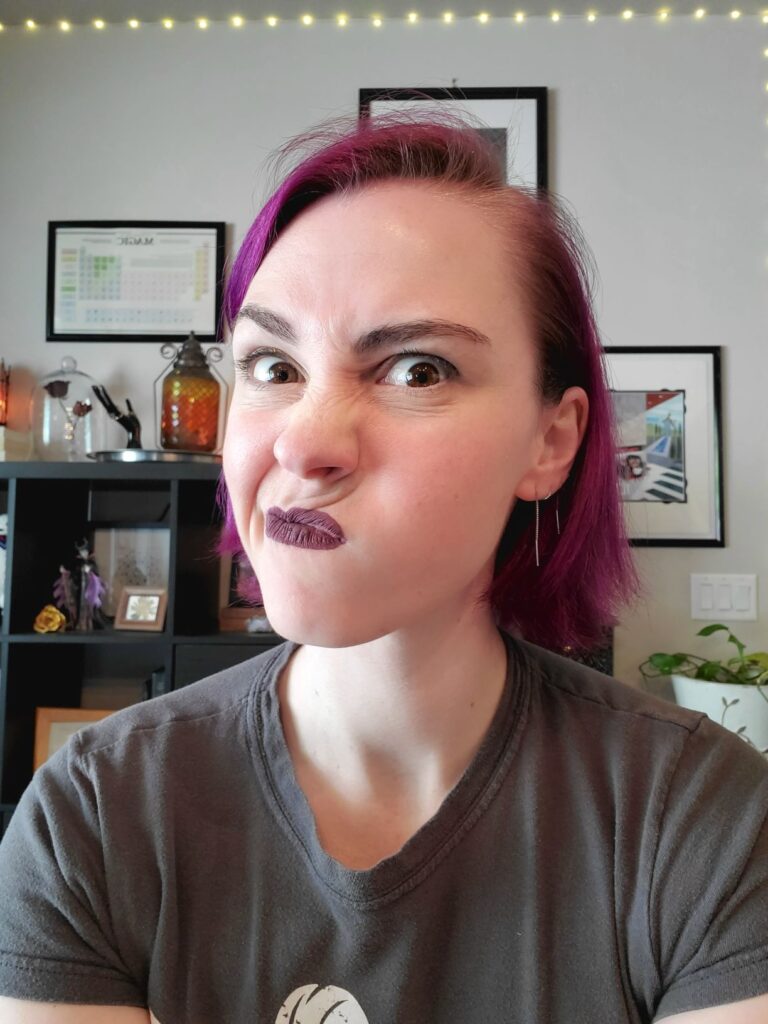 Be Heroic. Be Villainous. Be YOU!