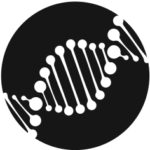 He knocked into her a second time, his hand conveniently grazing her ass. He apologized—again—and she told herself to let it go.

Prisha stood in line for coffee at her favorite place—Joe’s Caffeine House, and it was unseasonably busy. Stupid winter. It was snowing again, and it was only the first week of November. It wasn’t that she hated the snow or anything, she just hated crowded coffee shops and men who—oh, for the love of Shiva.

She spun, crossing her arms, and staring straight in the little man’s eyes. He was a good head shorter than her in blue slacks and a matching jacket. “That’s three.”

He blinked up at her in surprise, his dirty blue eyes guilty. The dimpled grin wasn’t about to fool her. “Excuse me?”

“You’ve touched my ass three times.” Which had been happening to her in subways and shopping centers and practically every queue since she was thirteen. It was beyond a pet peeve and into blood-bath levels of rage. Three meant it was intentional. Three meant it was time to break something.

“I what? That must have been someone else.”

“Do you see anyone else? Did you happen to stop this serial ass-toucher?” He was either one of those that did this a lot and got away with it—a lot of women, especially in her careers, had to laugh that crap off and avoid the offender like the plague—or he was drawn in by her magnetic perfection. The booths and tables were full, and she was still four patrons away from her liquid life-force. She’d give her heels for skipping ahead of everyone and getting her bean juice right now.

He cleared his throat as more people began tuning into the conversation. “No, I—”

“Good. Then you’ll stop or I’ll snap your wrist, cool?” There, perfectly reasonable.

He paled and she went back to staring at the drink board over the counter—not that she needed it. Today she’d buy one of the real-coffee blends. Maybe mixed with the cocoa beans. The GANF enthusiasts could say what they wanted, but to her, drugs like this were very, very cool. And completely necessary.

“You handled that well,” a deep voice ahead of her said. Ah, she was on to level two, the strong-woman admirer. The man in front of her looked back over his shoulder. He bobbed his eyebrow and tipped his head in that I’m-impressed way.

“Thanks.” The first rule was always be polite first. Maim later.

“If you’re here on your own, you should join me for a drink. I’ll pay.” He faced her and she sized up his crisp designer duster and professionally styled hair. His features were a little clunky, but he played them off nicely with the soft curls. Even his shoes were something John would have drooled over. She was talking to money, which meant he was about to be more of a problem than short-and-blue behind her.

“I’m waiting for a friend.” Just remember, it would all be worth it when she had her coffee in hand.

“Then wait with me until they get here.” He ignored the line moving and she bobbed her head, making a shooing motion. Instead he stepped closer to her and—yep, he just smelled her, but not in the serial killer way thank Shiva. It might have even been a subtle come-on, but she’d spent the better part of thirty years dealing with gross men and their entitlement—and no, it wasn’t just a white guy thing, though they tended to be the more persistent ones. Sigh.

“Can you move up? I’d like to get my coffee and you’re next.” She caught sight of Joe behind the counter—Joe of Joe’s Caffeine House, Joe who gave her extra whip and chocolate without anything more than a shy grin. She loved Joe for that alone, but now he was looking at the situation like it called for a knight in shining armor. Oh Joe, ye of little faith.

Mr. Money took a step back to cover the distance in line, though she only moved half the distance forward and tossed her long dark braid over her shoulder, ignoring him in favor of telepathically urging the espresso machine to start up and drown out this guy’s voice. It didn’t work.

“How would you like to go out tonight? There’s a club opening on 73rd. I know the owner, so VIP access to the band would be no problem.”

Don’t respond. Ignore. “Am I supposed to be impressed?” Polite was quickly falling into maim. At this point she might as well fan the fire and burn him out.

He stepped back into her space and set his hands on her upper arms, sliding lightly over her raspberry colored wool coat. “Don’t be like that, you’re lovely and I can show you a good time. We can work something out.”

“Don’t touch me.” She stilled and waited for him to hear the threat. The regulars around her was backing up, creating space, watching. She had something of a reputation here. Mr. Money crossed a line; he just didn’t know it yet. One more chance, that’s all he got to realize what he was doing—honestly it was more than he deserved, but she really needed to stop paying for other people’s medical bills.

He leaned in. “Do you have to be a bitch? I’m trying to offer you something most women would kill for.” Yuck. His breath smelled like old eggs.

At least this was taking her mind off of everything happening with John, so in a way she should be thankful. But not really. Her sight glittered with dancing white lights as she swiped her arms down, broke his hold, wrenched his wrist back, and shoved him to his knees.

He folded like paper and looked surprised to find himself on the floor. She crouched next to him. “See the thing is, I am a bitch.” She eased his wrist forward, then rapped her knuckle on the back of his hand right between the tendons. He yelped like he’d been stabbed. She grinned, then straightened up, exceptionally proud that no medical attention would be needed for a bruise.